For our team, it's a privilege to have the opportunity to work with art foundations. We love immersing ourselves in the worlds of these outstanding artists and coming up with strategies and solutions to showcase their work. Over the years, we've worked with some remarkable art foundations – let us introduce you to a few of them.

The 1911 publication of 'Concerning The Spiritual in Art' by Kandinsky signaled the beginning of abstract art movement. By the time Leon Polk Smith started painting in the 1940s, abstract art was in full swing, and evolving very quickly. Artists like Polk Smith, and his contemporary Josef Albers redefined and expanded what was possible in the field.

Inspired by his geometric work, we created a logo that draws attention to the bold shapes that create the letters. Details like the arrow shape formed by the leg and arm of the 'K', or the perfect circles created by the letter 'P' are inspired by Leon's bold geometric works.

We designed and have been expanding the website for the foundation since its initial launch in 2015. As new work is restored and exhibited, we've helped bring the best of these works to the web. Many of these works were previously not accessible to the public.

The Woodman Family Foundation stewards the artistic legacies of Betty, George, and their daughter, Francesca Woodman. A globe-trotting family of artists, they all found success with their art – Betty as a sculptor and ceramicist, George as a painter and photographer, and Francesca as a photographer.

Creating a brand identity and website for three artists who worked in different mediums and had their own unique styles was a new kind of challenge for us. We took inspiration from the artists themselves to develop an identity that created a whole from three different puzzle pieces.

The bright yellow window frames in Betty's studio, the sky-blue window frames in George's, and the midnight blue that Francesca was drawn to, helped define the colorful theme for the website. Using a chromatic system to identify each artist made the site more intuitive and vibrant. What might have been a fragmented and overwhelming undertaking became a cohesive presence.

Since its launch in 2018, we have continued to work with the WFF to expand the site, incorporating the serial cross-platform feature PLOTLINES, as well as helping develop a content based SEO strategy to drive more traffic to the site.

Best known for his New Yorker drawings and New Yorker covers, Saul Steinberg was an incredibly prolific artist who worked in many mediums. His works often have a dry sense of humor, or illustrate something very profound. For Steinberg, drawing was more than creating art – it was "a way of reasoning on paper."

The brand identity for the Saul Steinberg Foundation captures his witty sense of humor. We chose to stagger the words that make up the foundation logo in an intentional haphazard fashion that, like his work, is still very intentional and balanced. The mid-century modern typeface is a nod to the time period he worked in.

Steinberg was a prolific artist – the amount of work he produced in his lifetime is very impressive. To best navigate the work archive, we created a database to categorize and filter easily. The website has grown over the years to become a comprehensive resource for Steinberg's life and work, including a meticulous chronology of his life.

Known as the 'mother' of fiber art, Lenore Tawney lived and worked in New York City from the 1950s until her death in 2007. She worked in many different mediums, but was best known for her fiber artworks which combined the craft of weaving with her own unique artistic process and sensibility. This was innovative because at the time, art and craft were thought to be mutually exclusive.

Condensed worked with the Lenore G. Tawney Foundation to develop a brand identity for the Foundation and a digital presence for Tawney's work. Many of her pieces were monumental, and we sought to incorporate that into the design of the site that showcases her work in the digital world. The website also introduces the public to her work in other mediums, including drawings, collages, and assemblage.

We created the branding and website to show off the work of Russian artist Oleg Vassiliev. Oleg is one of the most respected and accomplished of all Russian painters. Growing up in an oppressive regime, he was one of the few artists from his time that was able to break free and influence the art world.

Here's a short testimonial from the foundation:

A unique characteristic of Condensed was that they paid great attention to detail to the aesthetic of the artist’s work, ultimately designing a site consistent with that aesthetic. Other web designers usually have a general approach to projects and tailor them in some superficial way to match the requirements. However, we felt that everything Condensed created was from scratch, designed to match the artist’s aesthetic. They did a superb job doing that.

We’ve received great feedback from everyone whom we’ve sent the site, ranging from museum curators and internationally-prominent art historians to collectors and people interested in art. Their reviews have been uniformly positive, praising the elegance and usability of the site. – Neil Rector

The iconic portion of the logo was inspired by one of Oleg's works. It's not often but every once in a while an artist has a very iconic visual within their work that can be converted into a logo mark.

visit OlegVassiliev.com to see the work.

We love working with creative organizations. Get in touch to tell us about your project. 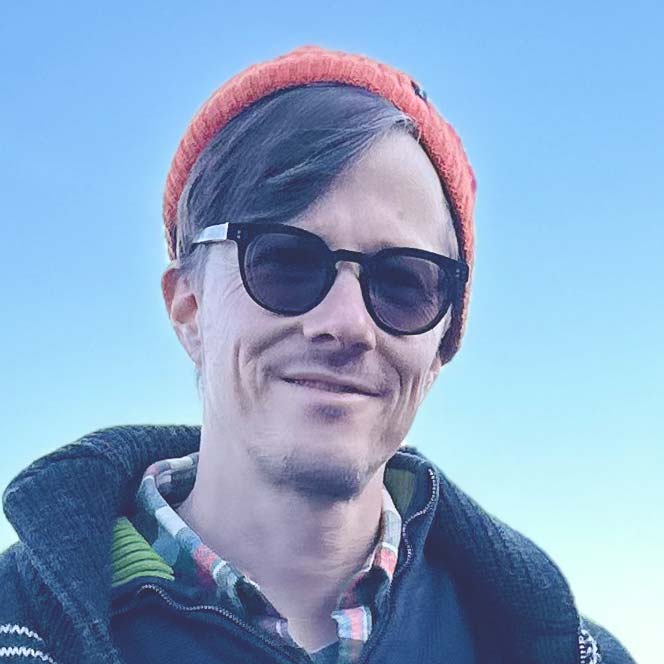